DiAnn Mills is a bestselling author who believes her readers should expect an adventure. She combines unforgettable characters with unpredictable plots to create action-packed, suspense-filled novels.

Her titles have appeared on the CBA and ECPA bestseller lists; won two Christy Awards; and been finalists for the RITA, Daphne Du Maurier, Inspirational Readers’ Choice, and Carol award contests. Library Journal presented her with a Best Books 2014: Genre Fiction award in the Christian Fiction category for Firewall.

DiAnn is a founding board member of the American Christian Fiction Writers; a member of Advanced Writers and Speakers Association; International Thriller Writers, and the Faith, Hope, and Love chapter of Romance Writers of America. She is co-director of Blue Ridge Mountains Christian Writers Conference with social media specialist Edie Melson where she continues her passion of helping other writers be successful. She speaks to various groups and teaches writing workshops around the country.

DiAnn and her husband live in sunny Houston, Texas.

Cherrilynn: DiAnn, can you tell us why you got into this genre, and what you do to get your story?

DiAnn: I would never have started writing if my husband hadn’t dared me. Sometimes we just need that push. What he said to me back in ’96 – he said “Stop telling me that you’re going to write a book. Just do it!” If you’re viewers out there just need that little extra punch, I’m challenging all of you to get started now. I started out writing romance, both historical and contemporary. But my heart was in the mystery and suspense. The biggest reason is this – we live in a dangerous and unpredictable world. And I want to be able to provide stories that show there are trained people out there who are willing to go the extra mile, who are willing to sacrifice, who are noble role models for the readers.

Cherrilynn: Can you tell us the difference between a mystery, a suspense, and a thriller?

DiAnn: Mystery is when you have an investigator – someone who is probing into a crime that has been completed. Who-done-it is the basis. Suspense is like a dripping faucet. “We have got to end this horrible wave of crimes” or “We have to stop somebody before this horrible deadline.” And that dripping faucet, that ticking clock, that hourglass that sand is trickling through – that’s what makes it suspenseful. Someone is in peril.
Then we move on to the thriller. The thriller has more impact. “If we don’t find out who’s behind these bombings, then our cities are going to be destroyed.” Or it’s a countrywide, or nationwide, or maybe a people group. A thriller takes in a huge area of concern.

Caleb: How do you come up with your story ideas?

DiAnn: I go with a “what if”. That is my root foundation. I either see a movie, or often media headlines. For example the book that’s coming out in October – Burden of Proof – what happens if the hostage negotiator becomes the hostage? And I just played with that until I could find a character who would have the most to lose, the most to gain, the highest stakes. What does she have working against them? Where could I put them? In this case it was East Texas. Whatever I can toss against my protagonist, I’m going to do it, including the setting. No setting is worth its salt unless it’s antagonistic. Don’t make it easy on your protagonist.

Cherrilynn: I believe you go above and beyond what most writers do for your research. Can you talk a little bit about what you do to research a novel, and what is the most dangerous position you’ve put yourself in to get the details.

DiAnn: All I can say is it’s a good thing I’ve never placed a story on the moon, because I really do try to walk where my characters have walked – do what they do.

DiAnn has traveled to Southern Sudan and ridden along the Rio Grande with the Border Patrol researching the settings for her novels.

DiAnn: I will say that I got smarter about my research, and when I was writing about the FBI, I called the FBI in Houston and forged a beautiful relationship that has extended to a contact who’s helping me now in DC at FBI Headquarters. I’m very blessed, because I don’t want to put anything out there that isn’t true.

Caleb: Where do you start when you’re coming up with characters? What’s the first thing that helps you form them in your mind?

DiAnn: Who has the most to lose? In the book that comes out in October – what if an FBI Hostage Negotiator put her life on the line because she believed the criminal was innocent. What’s that doing to her career? How many sacrifices will she make? You have to open your mind to the possibility of anything happening.

Cherrilynn: I know you had told us that you were an organic writer. How does that play in?

DiAnn: I’m all about character and the “what if”. I never know how it’s going to end. I know that I want to throw a big wrench in the middle. I have an idea of the scenes that I want to put in that novel, but as far as sitting down and plotting – no. To me that destroys the creativity. But I’m not saying that won’t work for you. I would venture to say that no two writers look at the process quite the same way.

Caleb: Do you ever see the ending coming when you’re starting a novel? If so, does the ending usually change as the story progresses?

DiAnn: It usually changes. How am I going to get them there in a way that is credible and unpredictable? Am I going to eliminate the bad guy at the end? Do I want him to simply go through the legal process? The FBI shoots to kill. What’s going to work out best for the story? I have to keep all that in mind.

Caleb: You’ve also written some non-fiction. What was the greatest challenge from switching from the world of fiction to the non-fiction world?

DiAnn: I’m all about putting the reader in the character’s shoes. In non-fiction you’re not doing that. Emotion is there, but it’s a whole different ball game, because you are encouraging. For me, I’m talking about my non-fiction book “Dance of Character and Plot.” In nonfiction, it has to be in order. It needs to be as exciting as a novel, because we want them to take action. And because of that, it was very difficult. Writing non-fiction to me is like trying to teach a class and make it as exciting as possible.

Cherrilynn: If you had one minute to give a tip to a writer, what would that tip be.

DiAnn: Read – write – pray – repeat. If I could add number four, it would be “edit”. Read everything you can get your hands on. Write: give yourself a word count, and stick to it, and do it every day. I don’t care if it’s a hundred words. And pray. “Where do you want me, God?”

DiAnn is very active online and would love to connect with readers on any of the social media platforms listed at
ww.diannmills.com. 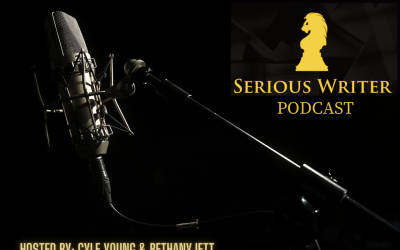