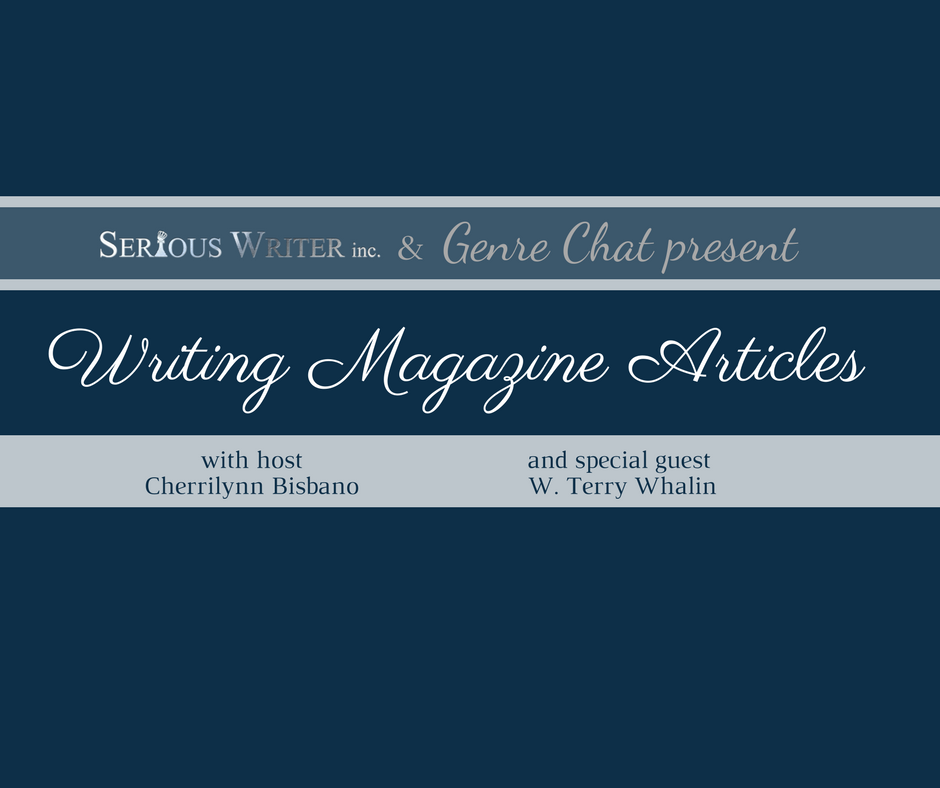 Want your name in your favorite magazine? Terry Whalin shares with Cherrilynn how to make money and get your name recognized.

W. Terry Whalin understands both sides of the editorial desk–as an editor and a writer. He worked as a magazine editor and his magazine work has appeared in more than 50 publications. A former literary agent, Terry is an Acquisitions Editor at Morgan James Publishing. He has written more than 60 books through traditional publishers in a wide range of topics from children’s books to biographies to co-authored books. Several of Terry’s books have sold over 100,000 copies. Terry’s newest book, JUMPSTART YOUR PUBLISHING DREAMS, INSIDER SECRETS TO SKYROCKET YOUR SUCCESS is packed with insight. Also Terry has an innovative online training course to help authors effectively connect with literary agents and editors called Write A Book Proposal. Terry is a popular speaker and teacher at numerous writers’ conferences and an active member of the American Society of Journalists and Authors.
www.terrywhalin.com

← Prev: What are you? Author or Artist? Next: Flash Fiction with Andrew Winch →