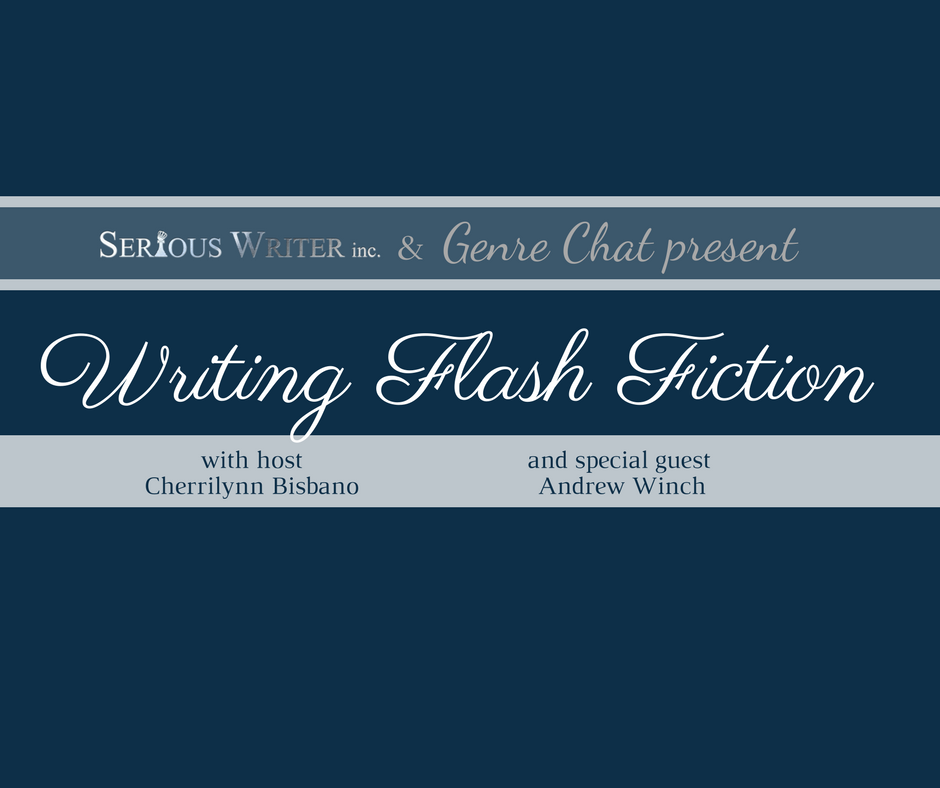 Flash is not just a superhero. Join Cherrilynn Bisbano and her guest Andrew Winch on Genre Chat to see what flash has to do with writing.

ANDREW WINCH- Executive Director Splickety Publishing Group
Like all writers, Andrew Winch, has been telling stories his entire life, but he didn’t start selling them until 2010. Since then, he has published eight short stories and written five novels—two dystopian fantasies, a YA urban fantasy, a gothic suspense, and a retelling of The Pilgrim’s Progress…with, well…zombies. And when he isn’t writing fiction, he puts on his Executive Editor hat at Splickety Publishing Group, where he has edited hordes of best-selling authors such as David Wolverton, Jerry B. Jenkins, James Scott Bell, and Tosca Lee.
In the real world, Andrew has an inconceivably healthy wife, two angelic daughters, and the sweetest boxer (dog, not professional fighter) to ever walk the earth. Andrew is also a Christ-follower, a sports physical therapist, a Mizzou Tiger, a geek, a traveling man, and a sub-par gardener. As such, he rarely makes much sense at all. Check out his weekly adventures at raisingsupergirl.com, follow him on Twitter (@andrewjwinch), and like him on Facebook.