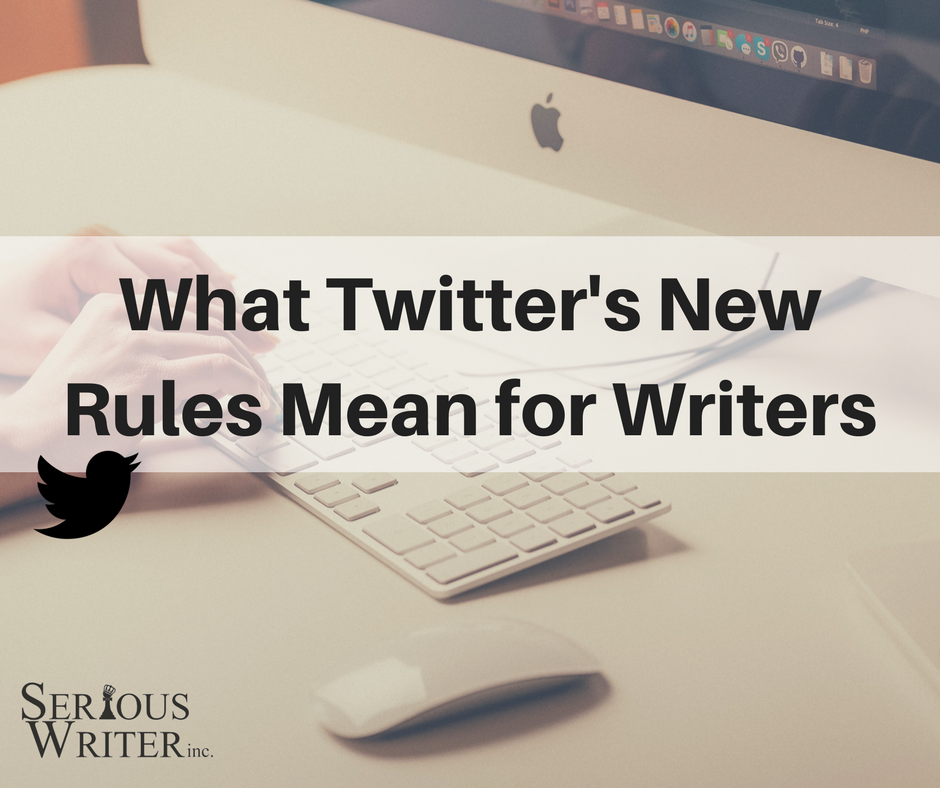 Twitter announced another rules update coming on March 23. Many times, these rules updates and changes have no significant effect on us as writers and authors, but this time the changes will hit closer to home.

There are two major things to consider:

To control accounts who artificially inflate trending #hashtags, Twitter will watch to see if the same content is being copied across multiple accounts. Social media schedulers that have allowed this process will no longer allow this.

For instance, if you maintain both a personal account and a business account, or book account to promote your book content, you may not duplicate tweets on both accounts. You can, however, retweet content from one of your accounts to the other.

If you retweet previous content you have posted, this also violates this new rule. The language is particularly ambiguous about how long a time frame this covers. Is it don’t retweet every few minutes, twice a month, or ever?

If that seems vague to you, I agree. I’m not sure why the wording is so ambiguous, but the reality is that Twitter can and will limit your account for recycling content, no matter the timeframe between the tweets.

Authors and writers who wish to promote their most recent blog posts, or mailing lists, and publications will want to post them more than once.

Recycling evergreen tweets, to slip in with new tweets on occasion, has been a standard approach in the past. This ability to run content more than once was an easy way to get content in front of new eyes.

If you are trying to grow your account, it’s likely that you are gaining a large number of followers each day and recycling gives you an opportunity to get that material in front of those new eyes…not to mention that it’s a timesaver to recycle older posts to maintain consistency on the platform without creating brand new content.

The staff at MeetEdgar, a social networking scheduler, explains to their users in this blog post what is taking place. This section is particularly important:

“In the past, actions like recycling your Tweets by posting them again and again over time have been considered problematic only in excess, like a user posting the same Tweet every couple of minutes. By comparison, posting the same Tweet that you posted a day, a week, or a month ago has generally been considered fair game–even to the extent that major brands and media companies have made it a staple of their content strategies. But that won’t be the case for long.”

The ability to purchase followers to inflate the importance of one account over another has affected results. And people who have desired to manipulate the system have done so without retribution. Inflating trending hashtags and social network numbers will now be the cause of sanctions on your account.

For example, Social Media Today shared the following on their recent post:

“As we’ve reported, recent research has estimated that fake profiles make up around 15% of Twitter’s total user count, which, as per their latest earnings results, would suggest there are now around 49.5 million false Twitter users. That’s a significant problem, and with people so able to buy Twitter followers and/or inflate their importance, it erodes the value of platform audience, and makes it harder to determine which voices are actually worth listening to.”

Because of such abuse, Twitter now intends to lock down this manipulation and the simplest way to accomplish this is to force scheduling apps into changing their programs. Following the rules is the only sure way to not be muted or even deleted.

I hear often from writers who are on the last nerve with social media—what a timewaster it is, how difficult it is to find time to manage it well when there are so many platforms, and that they’d rather be writing.

Real people engaging with other real people and building real relationships is the actual goal of all the social media work we do as writers and authors building our platforms. You might think hundreds of thousands of followers is necessary but if you haven’t built trust and a good rapport, those followers will never translate into sales.

Twitter’s Automation Policy:  4 Things You Should Start Doing [From Sendible]

Victoria Duerstock grew her Twitter following by over 400% in a six-month time period without buying any lists or leads.  Get Victoria’s “Explode Your Growth on Twitter” course for FREE by clicking here! 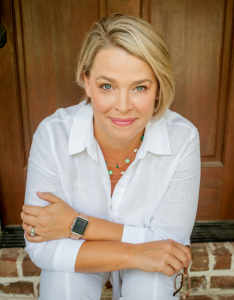 A MidSouth transplant from sunny Florida, Victoria Duerstock is living out her “one day” dreams. An avid reader from way back, she has a voracious appetite for all things bookish.  She reads fiction and non-fiction alike but well-written fiction that makes her solve a mystery or gives an unexpected ending really grabs her attention.  She’s even read a manual or two. Ok really, she reads all the manuals.

As a teacher and speaker, Victoria’s mission is to inspire hope and ignite bigger dreams for God’s purpose and His glory in each of our stories. She enjoys speaking at a variety of venues.

As a writer, Victoria is excited to pursue publication of her novel Fractured, the first of three books in her clean read crime/suspense trilogy. She’s busy exercising her non-fiction muscles as well and is published in the following devotional anthologies:

Victoria is a wife and mom of three amazing kids. They keep her busy with their schedules and business ventures, and she enjoys her work with the Serious Writer Team where she wears a couple different hats depending on the day.